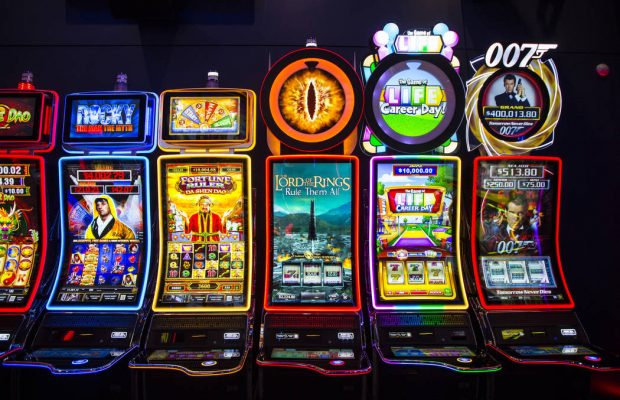 Can’t decide what you love more, slot games or movies? Fear not. With hundreds of movie-branded slots available online these days, you can spin reels whilst enjoying the sights, sounds and stars from your favourite flicks. So, whether you’re a sucker for comedies or addicted to action films, be sure to check out 5 of the best movie-inspired slots according to the casino experts from bgo.com.

We all dreamed our favourite teddy would come to life at some point when we were kids. But we bet nobody dreamed their stuffed bear would turn into Ted, the foul-mouthed, chain-smoking star of Seth MacFarlane’s 2012 adult comedy. If you love his crude antics on the big screen, you’ll not want to miss the Ted online slot from Blueprint Gaming. A well as 20 bet lines, it boasts a hilarious Thunder Buddies Bonus. Here you can work your way through 5 mini games to win prizes.

The fourth film in the Jurassic Park franchiseturned out to be well worth the wait. Released 22 years after the original, Jurassic World pulled in over $1.672 billion at the box office to become the sixth-highest grossing movie ever. Microgaming were quick to cash in on its success, teaming up with Universal Studios to create roar-worthy slot. Join Chris Pratt in all his dinosaur-training glory as you spin 5 reels featuring 243 ways to win. Unlock the Free Spins Bonus to hunt for prizes in 1 of 3 park locations: the Gyrosphere Valley, Creation Lab or Raptor Den.

NetEnt have built a reputation in the online gaming world for developing slots with top-notch graphics and bonus features. Jumanji is no exception. This slot completely reimagines Joe Johnston’s 1995 blockbuster about the supernatural jungle world unleashed from a board game. As well as giant bugs, screeching monkeys and charging rhinos, it’s loaded with bonus features. Trap winning symbols in place with Sticky Vines. Or roll the dice to win prizes in the Free Spins Bonus, which plays out just like a board game.

Part pirate adventure, part horror, part coming-of-age drama, The Goonies must be one of the biggest genre mash ups in cinema history. Somehow Steven Spielberg manages to bring this jumble of ideas together to create a film that’s been loved by generation after generation. Whether you’re a first- or second-generation Goonies fan, you’ll love the slot from Blueprint Gaming. It boasts 6 bonus features to help you hunt for One-Eyed Willy’s treasure. Our favourites include Sloth’s Super Spins and Fratelli’s Hideout Bonus.

With his striking intellect and uber-cool gadgets, Batman is one of the top-rated super heroes in the DC Universe. He’s appeared in countless movies since his comic book debut in 1939. No doubt the most successful are those in Christopher Nolan’s The Dark KnightTrilogy. If you’re a fan of the series, don’t miss The Dark Knight slot released as part of Playtech’s DC Super Heroes Jackpots Collection. Any spin gives you the chance to win 1 of 4 progressive jackpots. The largest starts at £200,000.